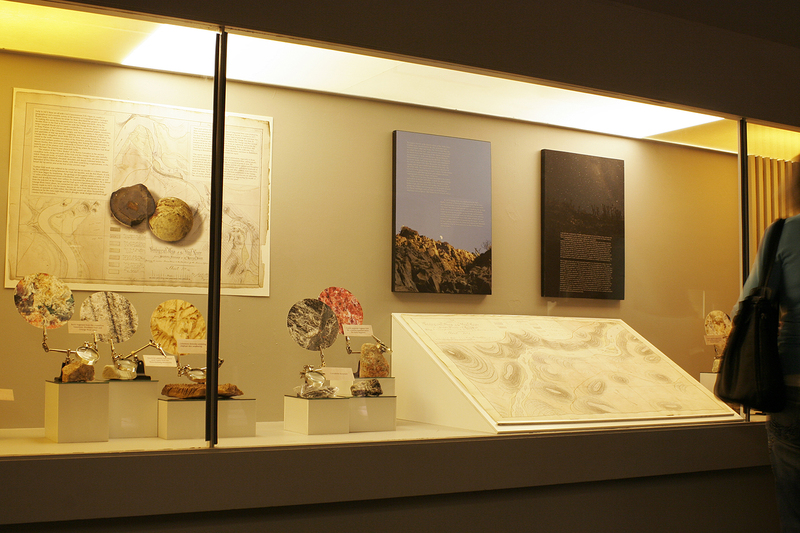 In 2008, the exhibition Unconquerable Spirit: George Stow and the landscapes of the San opened at the Iziko Museum of South Africa. Curated by Pippa Skotnes, the exhibition featured the work of a relatively unknown figure in 19th century South African history. George William Stow was a British born, South African geologist, ethnologist, poet, historian, artist, cartographer, and writer who was responsible for a creating large collection of watercolours and drawings that  documented the rock art he found in the caves and shelters of South Africa. The exhibition brought together a vast range of materials representing Stow’s life and the period in which it was produced – from his drawings and paintings; his letters, documents, and poems; to his maps, and field diaries.

The small field guide featured as part of this curation takes as its starting point one of the maps featured in this exhibition.  The map is kept as part of the National Library of South Africa collections, and was drawn by Stow during the period he was conducting geological surveys of the country surrounding the diamond fields of Kimberley, down to the junction of the Orange and Vaal rivers and beyond. It shows amongst other things, the diamondiferous deposits of the Vaal river during the late 19th century and, as part of this section of the exhibition which focused on Stow the geologist, Skotnes displayed it alongside relevant disciplinary materials she sourced from the Department of Geological Sciences, University of Cape Town. This initial associative display of historical materials in combination with its relevant current disciplinary material becomes the focus point for my own research and this guide, which investigates the layers of uncanny and dormant connections this moment of display back in 2008, gives rise to. 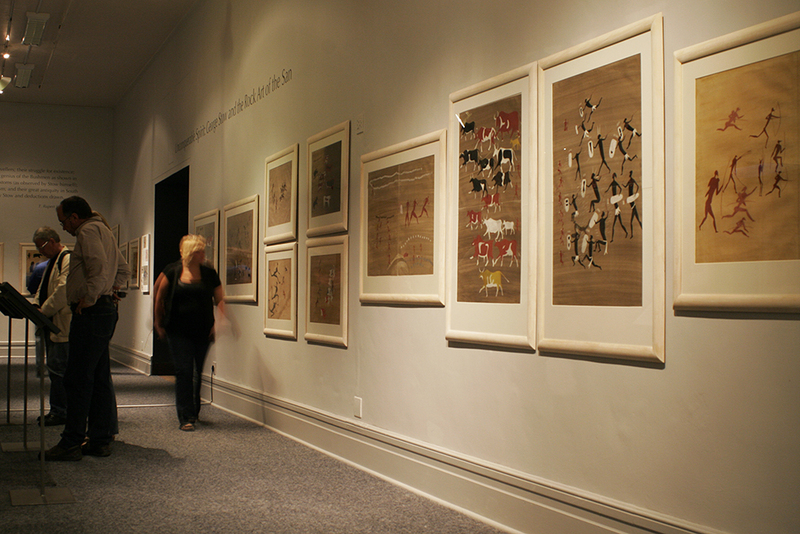 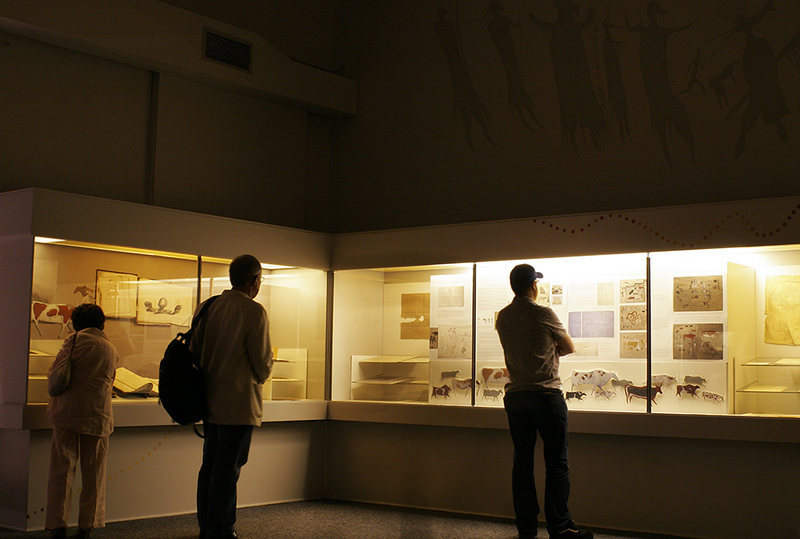 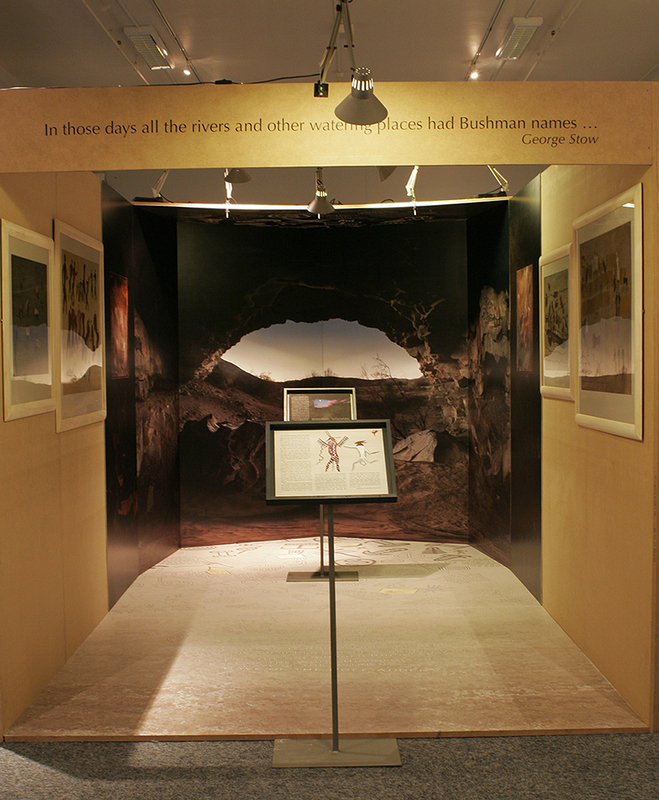 To initiate this study, I continued the engagement first set in motion by Skotnes and returned to the Department of Geological Sciences with Stow’s map. My first correspondence with the departmental researchers set me on a path which traced the various connections between the map and its reference to diamonds in the 19th century, and the development of the University of Cape Town - and it departed from a collection housed in the department with which I was already familiar.

The Mantle Room collection consists of upper mantle-derived materials (mantle xenoliths and xenocrysts, kimberlites and related rocks and megacrysts, as well as deep crystal xenoliths) of which kimberlites - igneous rocks which can  contain diamonds - make up the largest part. Ignoring the collection in terms of its use in current geological research (where it can provide answers regarding the Earth’s physical structure and substances, the history of rocks, and the processes that act  on them). I focused instead on its history, a choice which set me on a trajectory in which clues were gathered and connections made across a vast range of disciplines and depositories, many situated within the different departments of the university.

In Unconquerable Spirit, Skotnes brought together a range of materials dispersed across many different institutions (Iziko South African Museum in Cape Town, McGregor Museum in Kimberley, the National Library of South Africa and the University of Cape Town) and exhibited these  materials in a single space in the Iziko South African Museum. In so  doing, she not only showcased the relevance of these materials and the role they can play in our understanding of a certain period of history, but highlighted how different collections dispersed across institutions can speak to each other.  Moreover, Unconquerable Spirit illustrated how exhibition-making can make these connections visible, surface occluded aspects of them, and hint at novel research angles and interpretations.

This field guide similarly collates the material that I gathered from diverse university departments and research fields. It does so by following a trajectory that was at times rational, and at times loosely associative and meandering in nature.

Various juxta positionings and visual analogies convey the strange (and sometimes disconcerting) connections I  encounered whilst traversing this terrain: extracts and images from a 1902 publication describing the diamond mines of South Africa written by Rhode’s mining foreman, combined with details extracted from an 1884 novel by Jules Verne;  instruments housed in the university’s College of Music paired with pathological specimens found on the Health Sciences Campus, to name but a few.... In making these novel connections, the guide illustrates how the initial exhibition presented historical materials in a manner which opened them up to new interpretations, able to speak to current curricula and  collections practised and housed in the university, in a variety of ways. 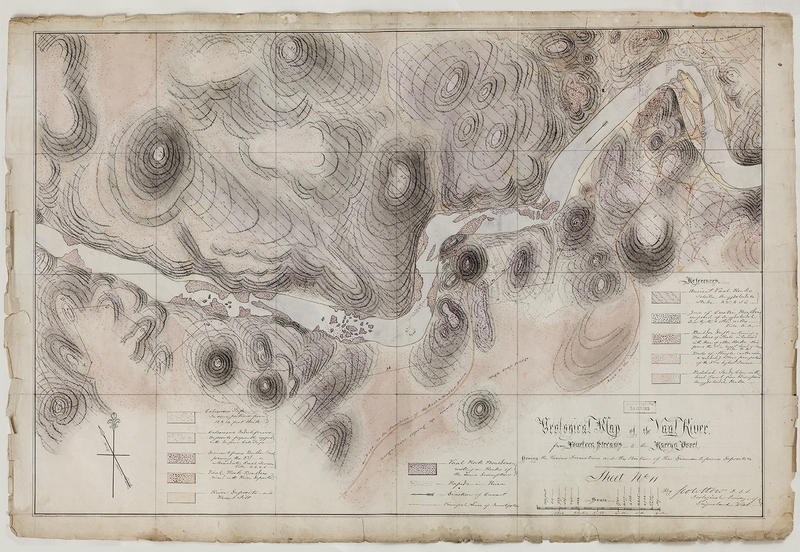