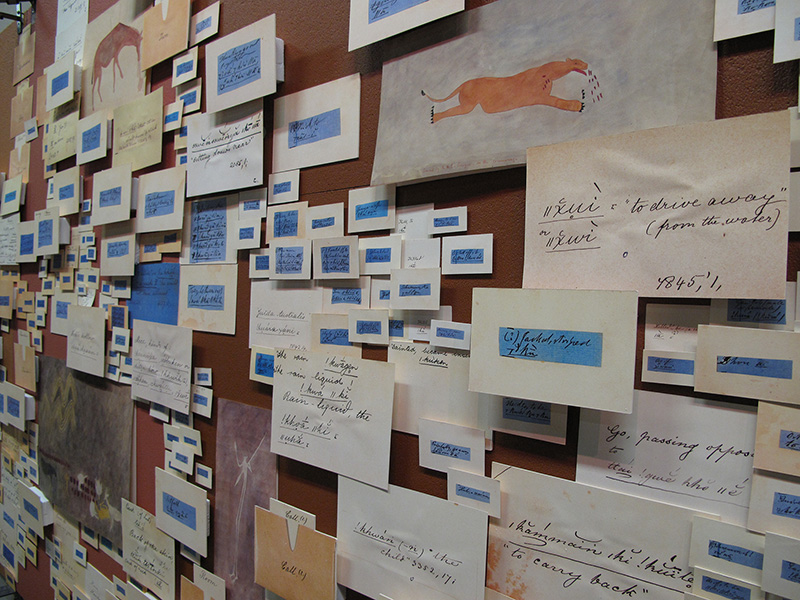 The exhibition showcased a diverse range of translations including the works of copyists from the mid-19th to early 20th centuries. A collection by Leo Frobenius who explored southern Africa during 1928 to 1930 with a team of ethnographers and artists revealed the remarkable large-scale copies his project produced. Included in the exhibition were copies by, amongst others, George Stow, Helen Tongue, Dorothea Bleek, Joseph Orpen and Charles Schunke.

It also included the insights of contemporary scholars, historical and contemporary photographs, and translations of San texts and stories.