Sound from the Thinking Strings 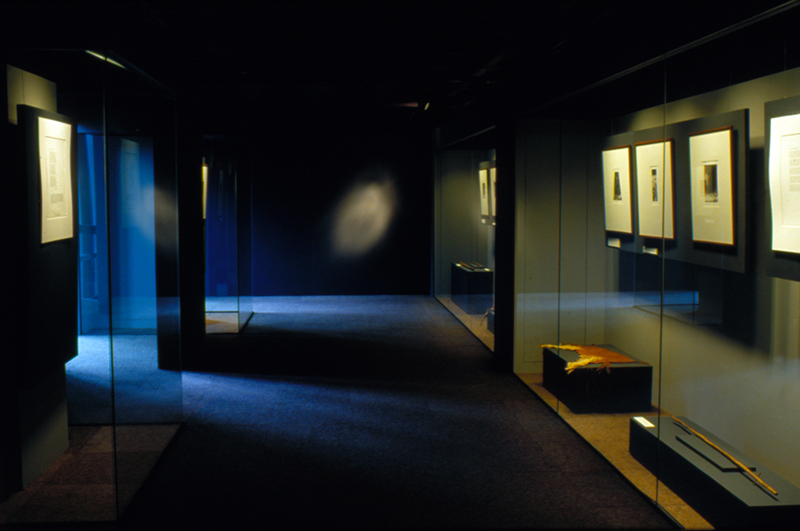 Sound from the Thinking Strings was curated by Pippa Skotnes and staged in the (then) South African Museum (SAM) in 1991. The exhibition comprised of twenty etchings created by Skotnes that drew on southern San mythology, archaeological and historical research and rock paintings; poems by the late poet Stephen Watson that interpreted extracts of nineteenth-century recordings of |xam cosmology compiled in the Bleek and Lloyd archive and pre-selected by Skotnes; and historical and archaeological contextualisations of these recordings in the form of essays by archaeologist John Parkington and historian Nigel Penn. The exhibition also displayed associated visual material that Skotnes sourced from the UCT and State Archives, the UCT Archaeology Department and the SAM.